How are our approaches to play influenced by culture, and how are they impacted by the experience of immigration? That’s the intriguing question that Maya Goldstein, an MA graduate in Human Development, Learning and Culture at the Faculty of Education at UBC, has been investigating through a study conducted with South Asian families at a Family Resource Place in Surrey, BC.

Do families belonging to a particular cultural group approach play in similar ways? And how do parents change or adapt their approaches to play in a Canadian context? Because few North American studies of play have focused on immigrant families, there are as yet few definitive answers to questions like these, and the implications for child development are significant. In her study, Goldstein observed interactions between parents and children from South Asian families while they attended a Family Resource Program in Surrey, BC, and continued with follow-up observations and interviews in their homes.

The families involved differed in their approaches to play — whether the play was parent or child-directed, whether the child and parent were close to each other physically and in the kinds of play materials chosen. Parents expressed differing ideas about the value of play, and about play’s role in preparing their child for the future.

Yet families in the study also had much in common, including a deep appreciation of the social contact with other families they experienced at the Family Resource Program. As recent immigrants, the parents found it very different to be raising children in Canada than it is in India, particularly the greater freedom for children in India to play outside on their own and the greater involvement of friends, neighbours and family members in raising children. That support was really missed. 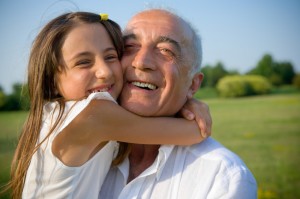 Reflecting on the study, Maya notes that “Culture has a great influence on the lives of children and their play. There is no one right way to play with children. We should be open and accept different approaches to play.” This research reminds us to be aware of the influence of culture on play, to accept a variety of approaches to play, to learn from and about the immigrant families we know and work with, and to remember that there will be very significant differences within any one cultural group.